Video trilogy. The leading character in this 3-channel videoinstallation, is a small dog, who is forced to endure the hardest trials.

In the first video the dog is balancing a slice of salami on his nose. In the second, he sits in front of a huge plate of sausages that he’s not allowed to eat. In video number three, he is lying down, cruzified by salami-slices on all his four paws. He is looking down at the salami, then up towards his owner behind the camera, then down at his salami-covered paws again. He’s waiting for a sign, a permission to eat. A sign that never come.

In Memory of All Those Who Work Without Ever Getting a Reward is a videomonument about hierarchies and powerstructures. It mirrors, not only the relation between human and other animals, but also human relations in a global capitalist world. 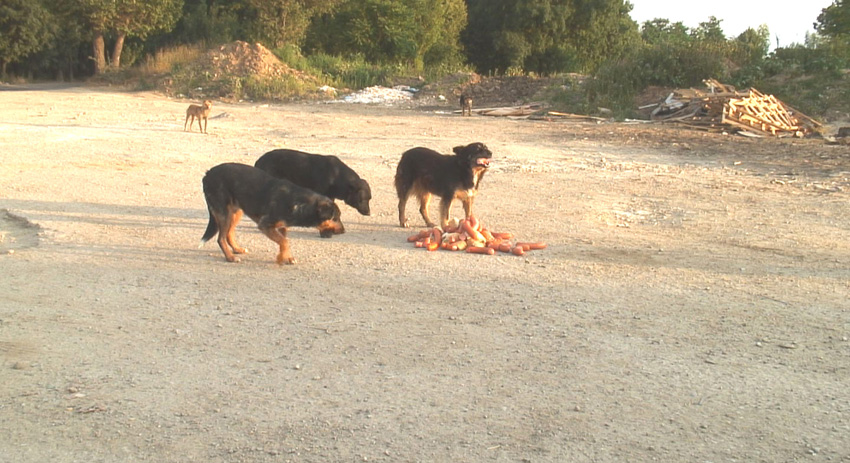